The Rapier Register was founded in January 1953 by the late Geoff Speight and it did not take long for it to grow quite rapidly as discerning owners of Lagonda Rapiers took the opportunity to contact like minded enthusiasts who knew a good car when they saw one. In 2013 the Rapier Register celebrated its 60th anniversary and has been instrumental in helping to keep these fine cars on the road. Its spares section is probably one of the best of any one make club. Social gatherings take place during the year and these include an AGM, usually in Spring, an annual dinner and other regional meetings. Since its inception, over 1,600 people have been interested enough to join the Rapier Register, although the membership at any one time is usually around the 140 to 150 mark. A monthly News magazine in published together with an annual Register of Members and Cars. In 2005 the Register became a limited company and is now officially Rapier Motors Ltd. 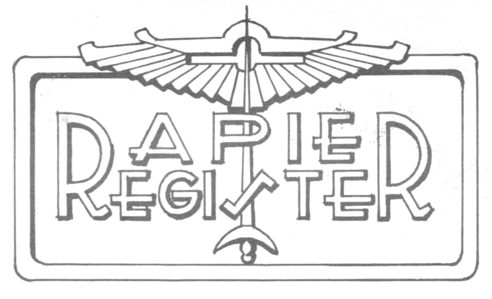